In 1982, Fred and Marian Pfister Anschutz created the Anschutz Family Foundation as a result of many years of successful gas and oil, real estate and ranching ventures. 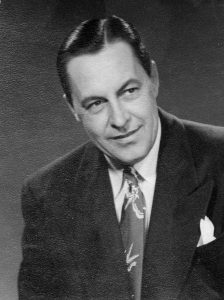 Fred B. Anschutz’s (1909-1993) career was characterized by uncanny and intuitive foresight and by a willingness to enter into ventures others considered too risky. His first business success came from striking a rich oil field in his home state of Kansas. Earnings from an oil exploration business that eventually spanned Kansas, Colorado, Utah and Wyoming were parlayed into ranches and livestock operations across the West. The family and their business headquarters moved from Wichita, Kan., to Denver in the 1960s. Fred and his wife, Marian Pfister Anschutz (1910-1986), ingrained traditional American values of hard work, community involvement and love of the land in their children and grandchildren.

Sue Anschutz-Rodgers has continued her parents’ legacy through her own business and ranching ventures and commitment to philanthropy. Over the course of the Foundation’s 38-year history, its assets have grown from the original $4.5 million endowment to $55.5 million through investments and additional family contributions. Sue served as the Foundation’s first president and executive director and currently serves as its chair and president. Four of the founders’ six grandchildren and five great grandchildren serve as trustees of the Foundation, while granddaughter Susan Rodgers Drumm served as program officer from 1994-2001.

As of December 2020, the Foundation had distributed 10,392 grants totaling $58,411,427 to nonprofit organizations since its inception. The Foundation’s focus on supporting organizations that meet human and community needs in Colorado has remained steady throughout its existence. In the early years, the Foundation funded fewer organizations with larger grants. Gradually, the philosophy shifted to providing smaller grants ($2,500-$10,000) to many organizations. The intent was to spread the Foundation’s resources into more areas and to encourage nonprofits to develop diversified funding streams. Although the primary activity of the Foundation is grantmaking, considerable energy has been and will continue to be directed toward efforts to build the capacity of Colorado’s nonprofit sector, to enhance grantmaking overall, and to work collaboratively with other funders.

In the early 1990s, the Foundation initiated Colorado Rural Philanthropy Days (RPD) , a twice-yearly event that built on an initiative of the nonprofit community in Grand Junction. Sue’s vision in launching Colorado Rural Philanthropy Days was to increase foundation support to rural areas of the state. The intent is for private and public funders, who are concentrated along the Front Range, to visit Colorado’s rural communities to gain a greater understanding of the issues and challenges faced in those communities and to facilitate introductions between metro-based funders and Colorado’s rural nonprofit leaders and local elected officials. RPD addresses two of the Foundation’s goals: to increase funding to nonprofit organizations in rural Colorado and to demystify the grantmaking process.

The Foundation plans to continue on its current path of embracing opportunities that enhance the nonprofit sector and focusing on organizations that strengthen families and communities and assist people to help themselves.